I was born in Findlay, Ohio to Lois Elizabeth Stahl Saltzman and Andrew Frank Saltzman. I was the fifth of five children, but at my birth a brother (second born) and a sister (fourth born) had already died from childhood illnesses. I grew up on a farm, 5.5 miles East of Findlay. My earliest memory is of my sister, Ruth (18 years older than me), being married to Carl Peters in our living room when I was two plus years old. Most of my childhood years were spent playing with my sister, Alice (8 years older than me), "working" with my father and mother, playing croquet with my grandfather, making up war and sports games to play by myself and riding my pony, Jet. 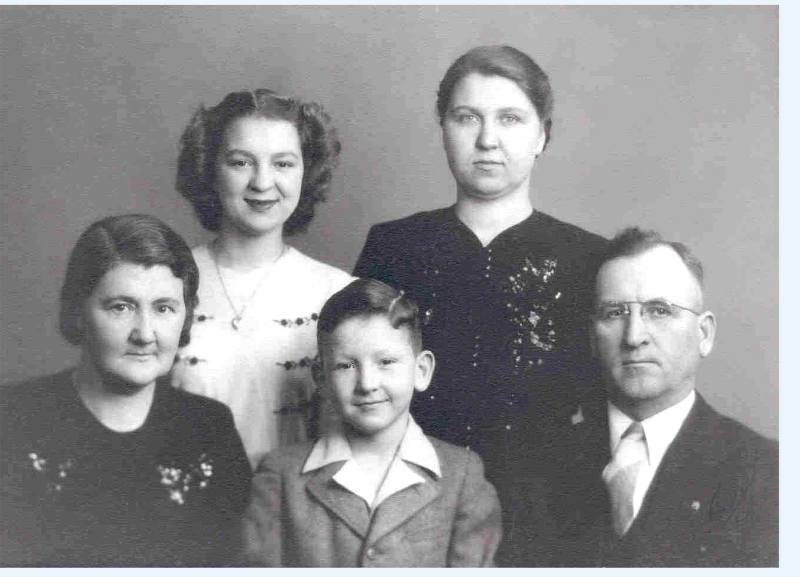 Commencing school was very important to me. It was a pretty lonely life on the farm, and being an extrovert, I craved interactions with others. I rode the bus to what I affectionately called/call "The Academy at Arcadia," which is known to others as Arcadia Local Schools. The Academy was small (20-30) at each grade level and had a very limited curriculum. This didn’t matter to me, as I loved learning to read, doing homework, playing on teams as recess and learning to play the clarinet. I had a very stabile life, home and school, and I can never remember my mother not being at home waiting for me with a snack and milk when I returned from school. High school was just as good, with lots of activities and organized sports. During my senior year, I started dating my neighbor girl, Ruth Weaver, who lived on a farm down the road, one mile closer to Findlay. Ruth went to a "big city school - Findlay City Schools," and this is one fact that never she never lets me forget! Thus, the Academy, some spin which helps counteract the fact that they even had senior English classes, clubs, and a college prep sequence! They didn’t have, like the Academy, Future Farmers of America or "wash the school buses day." I must say that what the Academy lacked in curriculum, it made up for it with caring and loving teachers like Mrs. Brenner, Mrs. Arthur, Rosie and Bessie Fox, Mr. Blauvelt and Mr. Groth. And, before big city people knock Future Farmers of America and 4-H (our Club was called the Jolly Boys), let me remind them that I earned enough money in high school with my cow and pig projects to augment my college scholarship for the entire four years, with enough money left to buy our engagement and wedding rings!

On to The Ohio State University (OSU) on a full Navy ROTC scholarship. Ruth went the opposite direction to a joint nursing program at the University of Toledo and Flower Hospital. We managed to see each other almost every weekend for the four years. I majored in Education, was active in NROTC activities and played varsity soccer. 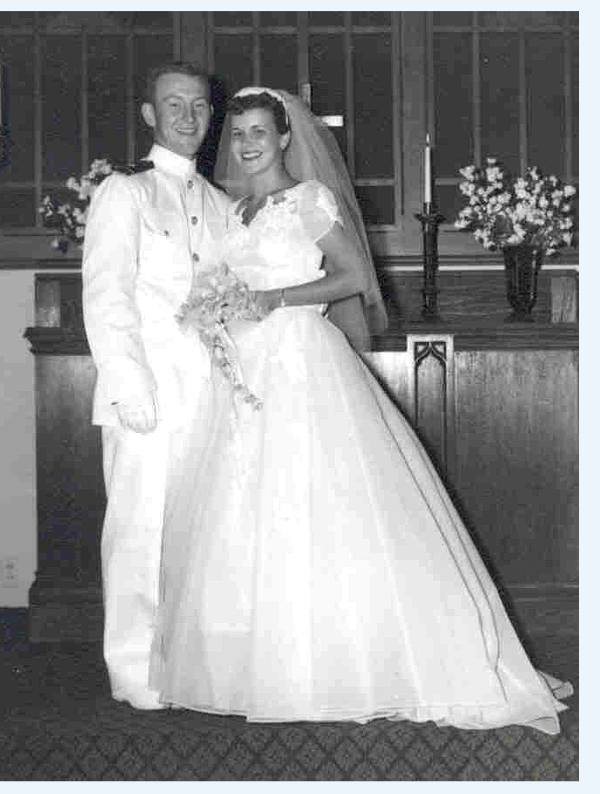 Upon graduation, I was commissioned Ensign in the US Navy and several days later married Ruth in a military wedding in Findlay, Ohio. During our navy years, we were stationed in Little Creek, VA (USS Hermitage-LSD 34), the Naval Air Station, Pensacola, FL, Long Beach, CA (USS Plumas County-LST 1083), and Coronado, CA (Naval Beach Group One). During this time, Jeff Alan and Jay Aaron were born. The navy active duty years were very busy (I spent nearly two years on ships overseas, Ruth worked part-time at the famous Scripp’s Clinic), but a wonderful, broadening experience for us.

We returned to Ohio, where I taught school and coached, while Ruth worked as a surgical nurse. After completing my M.A. Degree, we moved to Columbus, OH, where I was to work at the State Department of Education and commenced my Ph.D. at OSU. At this time, Jon Ardyn was born. The first two years on my doctoral program, we lived in a two-bedroom apartment in student housing. Ruth still is getting payback for her efforts during that time…and, she worked part-time as a nurse. We did buy a house for the last two years.

Ruth and I moved to Kent, OH when I received an appointment at Kent State University. We bought a house and later built a house near the university. At this time, Jill Lynn was born, making us a family of six. These were our busiest years, Ruth worked part-time and I was writing and teaching. We both were doing the PTA thing, little league and ponytail! We were always working and never had any money. After eleven years at Kent State, I was offered the Charter Department Chair of Behavioral Sciences at the new Northeastern Ohio Universities College of Medicine (a consortium of University of Akron, Kent State University and Youngstown State University). This career move allowed us to stay in Kent, a city we love. I later became Director of Basic Medical Sciences, a position I held until I retired. During these years, Ruth worked as a Gerontological Nurse, a Critical Care Nurse, and ended her career as an In-home Hospice Nurse.

Our son, Jeff, married Sally Abbott and they had Daniel Alan. Sally is a CPA and after a lengthy career in the environmental field, Jeff now owns Crooked River Motorcycles in Akron, OH. Dan is in college at West Virginia University. Jay is a bachelor and lives in Ravenna, OH. Jon lost his life under some very tragic circumstances over twenty years ago. Jill is a single mother and heads a paramedic team for Rural-Metro. Jill has three sons, Andrew, Connor and Austin. You can read more about our children and grandchildren in Stories by Dr. Glenn.

Ruth and I have had a wonderful life. We have been married forty-five years and a few years ago built our dream house on East Twin Lake. We both love to golf (well, I do), garden (well, I do), travel (we both have hit all 50 states), spend time with our friends (Ruth still goes to the beach several times each year with her bridge club of many years and I hike special places with my friend Ben), and do adventures with our grandchildren. We, like others, have had a few hard knocks in our lives, but have been very blessed and have much for which to be grateful.

Number One: Marrying Ruth and being married to her for over fifty-nine years!

Personal:
• Commercial Pilot
• Commenced golf at age 60, lowest handicap of 14 at age 81, lowest score 78 at Sunny Hills when 81!
• Hiked many Western Trails, including the Grand Canyon (With Ruth, Ben, Dan and Andrew).
• Took all Grandchildren on special trips to many places, including: the West, the South and four trips to Europe.

Lowlights:
• The lowest moment in my life was losing Jon, right after his eighteenth birthday. Ruth and I will never understand, nor get over this.
• Jay did not breath for several minutes when he was born, resulting in a lifetime of diminished potential and problems.
• I have been deeply disappointed by the many problems that have resulted in our extended family because of mental health and substance abuse issues. Many opportunities, much potential, many dollars and lots of self-respect have been sacrificed.