How Dr. Glenn Became a Speaker

I have been a professional speaker for nearly forty years and people who attend my speeches and workshops are always asking, "How did you become a speaker?" Looking back over my early years, I believe one event may have shaped my speaking career.

When I was six years old, I started taking free clarinet lessons at The Academy. I liked playing the clarinet, and because my sister, Alice, played the piano, she tutored me, and even accompanied me when I would play solos for various groups in our farm community. You might say that Alice was a "Stage Mom," lining up places for me to play. I learned to play the Clarinet Polka, a very difficult piece for a small boy, and played it at Grange Meetings (a farmers’ group) and at the Farmers’ Institute Annual Meeting (where I also recited a funny poem). 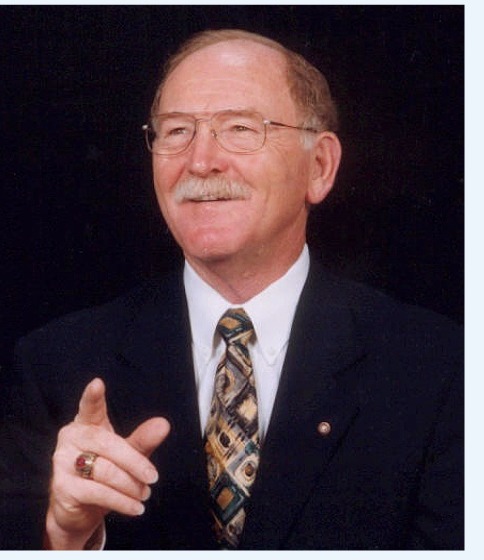 One Sunday night, there was a children’s meeting before the evening church service we usually attended. The minister had made arrangements for someone to sing a song for entertainment, but as the meeting time approached, they called and said they couldn’t make it. The minister, knowing that I was a clarinet prodigy, suggested that I run the quarter mile to my home, get my horn and play Onward Christian Soldiers for the group to start the program. I agreed that I would do it. I ran home, got my horn, the sheet music and my music stand, and ran back to the church. I put my music on the music stand, and as I was doing this, the minister introduced me. I was out of breath, but I started. I didn’t get the beat right, and my song sounded like a series of note in search of a tune. I started again…some children looked down at their feet and I knew I was crashing. I could not get the beat…I thought I was going to cry! I stopped, took a deep breath and recited the funny poem my sister had taught me for the Farmers’ Institute Annual Meeting. It worked! Everyone laughed. I now imagine that they laughed in relief for my predicament, but that night it felt like a resounding success.

In the coming years I was asked to MC many programs at The Academy. I started MCing the high school athletic banquets commencing when I was a seventh grader! (Remember that The Academy only had 100 students in the upper four grades!) I learned jokes and was good at telling them. I didn’t go around telling lots of jokes, because I saved them for my MC "jobs." I learned intuitively, the professional speakers’ adage; "You don’t have to be funny, unless you want to be paid." The only time I really goofed up, was when as a fifth grader, I MCed the elementary Christmas Program. The teacher suggested that I hold the program and announce the next person or group to perform. I thought that since I was sitting on stage it would be a better idea to put the program between my feet on the floor and use it as a prompt to announce the next act. When I turned the program over, I inadvertently skipped an entire page of performers and about five or six individuals/groups never got to perform! I never got in trouble for that big mistake! I assume some parents said, "Let’s have that Saltzman kid MC again, because he has such short programs." While other parents said, "I thought you said you had a solo tonight Betty." The truth is, Betty and Bob and Sally and Jim were probably glad I didn’t call on them! We didn’t sweat the small stuff at The Academy!

Well, the ride has continued. I have given over several thousand professional speeches, still use the same jokes that wowed the Farmers’ Institute (OK, I know one or two new ones), and owe it all to a bad clarinet gig!